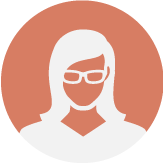 Like the title, mine will come off as a surprise in the end.????

Personally I was not asked this question but my manager whom was hired after me, does. Whomever successfully hired, we the existing colleagues would "interrogate" them to get to know them better. Then we realized our manager would ask questions like are you married, going to get married, going to start a family soon, are you single/dating, are you the sole breadwinner, how much are your monthly commitment, etc. during the interview. Most didn't think it's an issue and would normally brush it off. Knowing our manager, we knew well why.

If the person is single, then no "issues". But if she/he is going to get married, pregnancy and more unexpected leaves would be ensued. And also possible resignation due to shifting of "focus" on more important things than work like raising a family. If you're the sole breadwinner or have numerous commitments, then you are least likely to resign even if you are overworked. Via these criterias, would determine your success in the interview.

Recently my company's maternity leave was extended. When the email was received, my manager went to one of my female colleague whom has 2 young kids & said "you already have 2 kids right? Enough ah ok".

By now even you probably wouldn't want this person as a manager (or anything?). What's the surprise you ask?